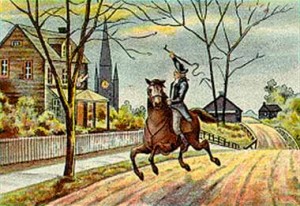 While you may not consider your next dental visit to be a brush with fame, there are some dentists out there who have achieved quite a bit of public attention. Here are just a few.

“Doc” wasn’t just a nickname – the famous gunfighter who was involved in the “Shootout at OK Corral” was a dentist who had a booming practice in Atlanta, Georgia. Unfortunately for “Doc,” he contracted tuberculosis, moved out west to heal, got involved in gambling and gangs, and the rest is history.

You may know him as TV’s “Uncle Joe” on Petticoat Junction, Green Acres and The Beverly Hillbillies, but before moving to Hollywood, Edgar was a successful dentist in Eugene, Oregon. He relocated his dental practice to California, joined The Pasadena Playhouse, and got a film role at age thirty-six. Bit by the acting bug, he quit the profession and turned his successful dental practice over to his wife. Hopefully she was a dentist too!!

Before becoming one of the most prolific writers of Western novels in history, Zane was a practicing dentist in New York. He later revealed that he set up his practice in New York to be near the publishing industry! The multi-talented Dr. Grey also played professional baseball.

It may seem strange that the inventor of the sugar-laden Welch’s Grape Juice was a dentist, but it’s true! He never intended to be a juice magnate, but his invention of a non-fermented, non-alcoholic grape juice for his church really took off!

Miles Davis is one of the greatest and most influential jazz musicians in history, and as a small boy he was given his first trumpet by his father, Dr. M.H. Davis! Dr. Davis was one of the most affluent African-Americans of his era, not only being a dentist but the owner of several businesses. But the world is probably happier that instead of following in his Dad’s dental footsteps, young Miles’ mom, Cleota, an accomplished musician herself, encouraged the lad to study music from a young age.

This Revolutionary War hero is known for yelling “The British are coming!” but before the war he may have been yelling, “Your wisdom teeth are coming – coming out that is!” A skilled silversmith as well, Revere was known for his talents as an early denture maker.

Wow – and you thought dentistry was boring. At Lilly Family Dentistry, we may not have any famous dentists, but we are famous for caring about your smile!  Let’s face it, beautiful teeth, healthy gums, fresh breath and a radiant smile, will make anybody just a little more famous.

Whether it’s time for your next examination and cleaning or you have a dental concern, we are here for you! Please call 712-239-5125 to schedule your next appointment.